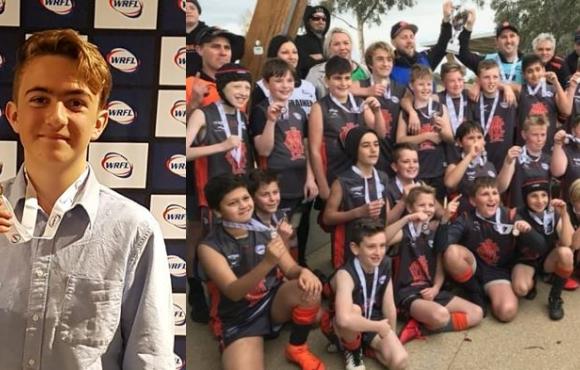 Congratulations to Tyler Beilig for winning the U/12 Division 6 WRFL best and fairest for 2019.  Tyler, is also captain of the Manor Lakes Football Club U12’s Division 6 team  which won their Grand Final against Point Cook. 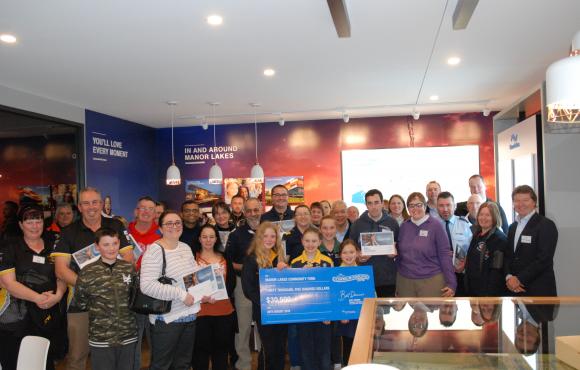 Thank you to everyone that attended our 2019 Manor Lakes Community Fund presentation night.  Our host for the evening, Grant Dennis mentioned that the Dennis Family Corporation take enormous pride in the communities they create and recognise the important role community groups play in connecting 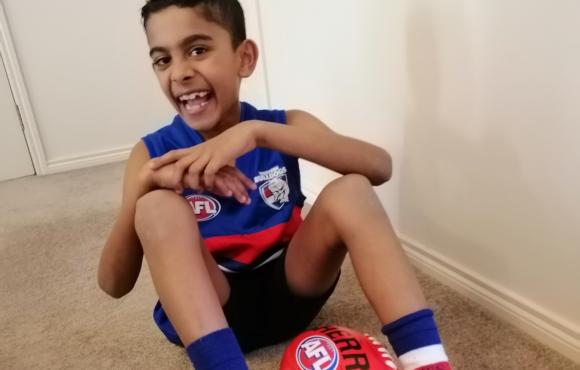 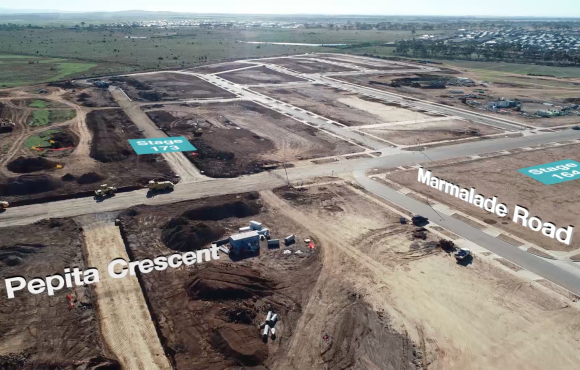 Favourable weather conditions have allowed the construction team to progress civil works on numerous stages at our neighbourhoods of, Lollipop Hill and Lakeside. We’re excited to bring you the latest construction video for July 2019. 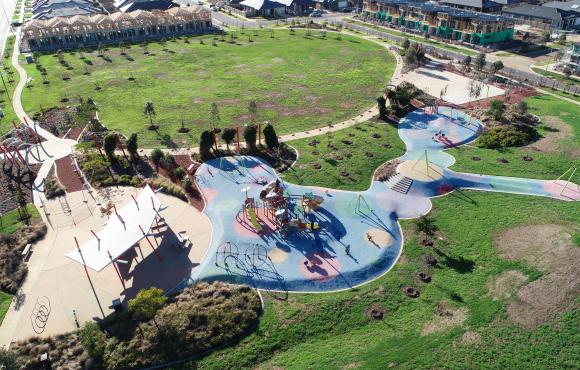 Welcome rains in recent weeks have finally signalled the end of Melbourne’s long, very dry summer.  Our suburb is looking greener every day! 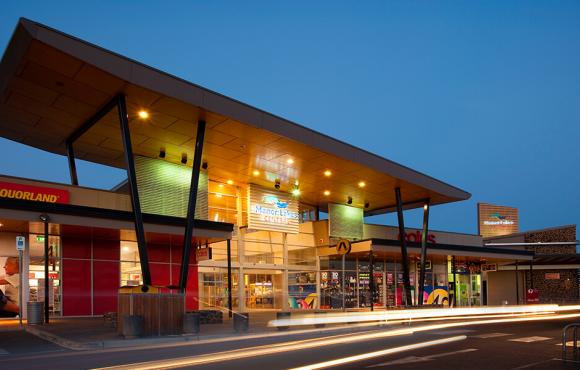 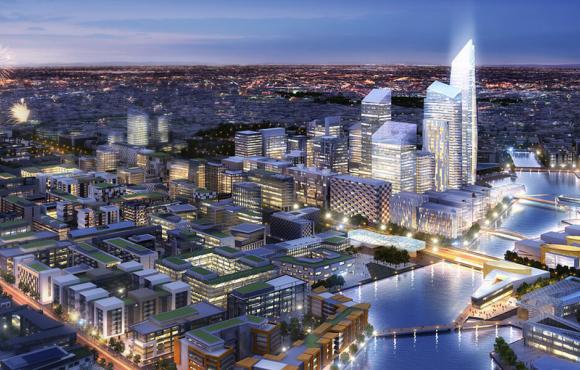 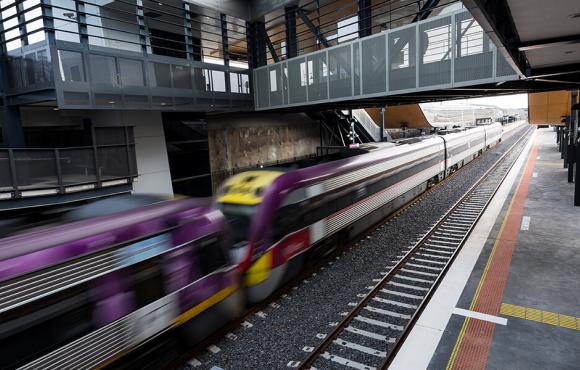 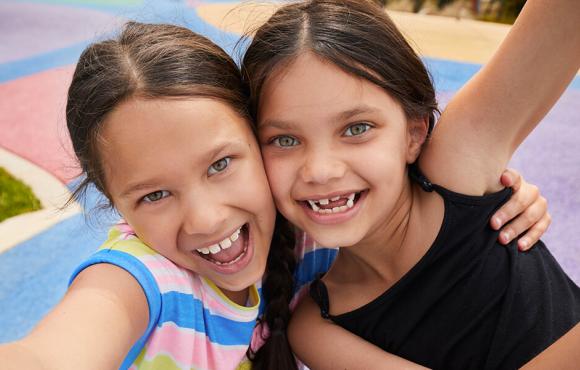 AN AFFORDABLE, FAMILY FRIENDLY LIFESTYLE
AND COMMUNITY IS A HUGE DRAWCARD 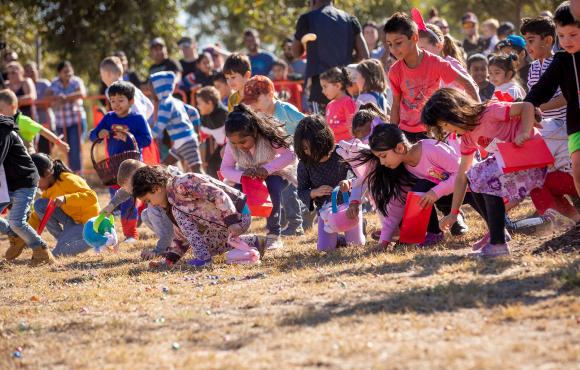 Easter Egg Hunting is lots of fun and our Manor Lakes community certainly agree!  Again, thank you to everyone that attended the event and creating such a fun morning with lots of laughs. 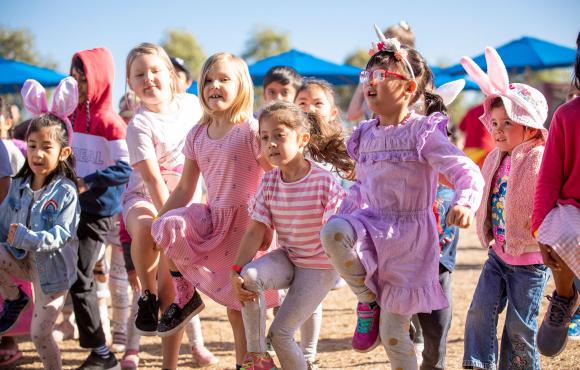 Thank you to everyone that attended the Manor Lakes Easter Egg Hunt on Good Friday.  We had an amazing turn out with approximately 850 people enjoying the morning festivities.  Happy Feet Fitness got the crowd up and moving, there was coffee for the grown ups and Easter Eggs a plenty for the kids 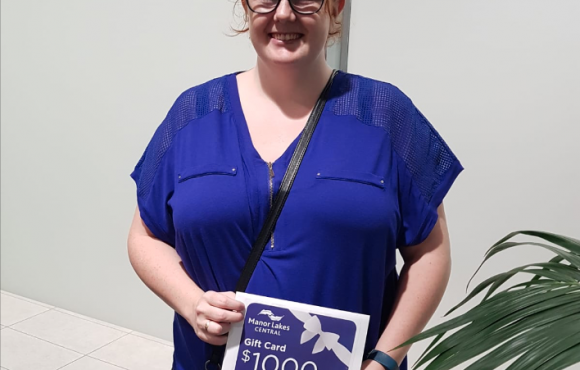 Thank you to everyone who made our Wild West Fest at Manor Lake so much fun! The holiday event was enjoyed by residents and families with plenty of free entertainment and fun! 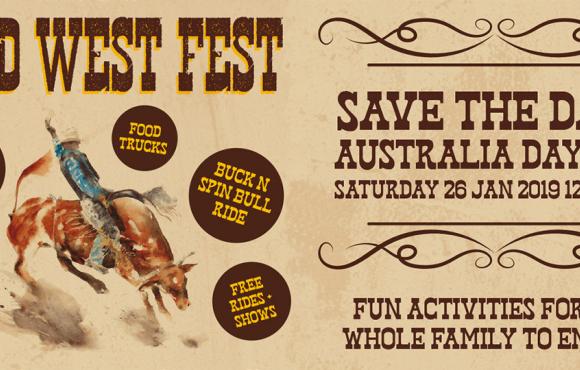 We're bringing the Wild West to Manor Lakes, and you’re invited to join us to celebrate all things Country Western on Australia Day, Saturday 26 January. 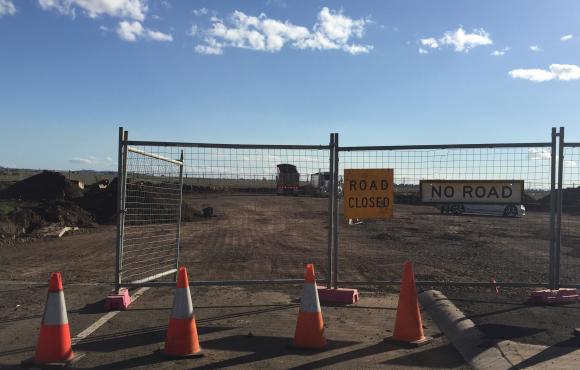 Ison Road construction work was unfortunately delayed in recent weeks as a result of issues with the provision of asphalt to the project. 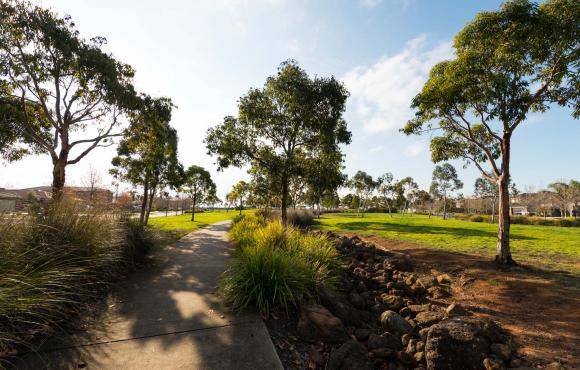 Local residents have successfully campaigned for Manor Lakes to be recognised as a suburb in its own right. Notice of the registration of Manor Lakes by the Registrar of Geographic Names was published in the Victoria Government Gazette on 17th March.  In order for the suburb status to be formalised, the process requires Wyndham City Council to be officially notified by the Office of Geographic Names. 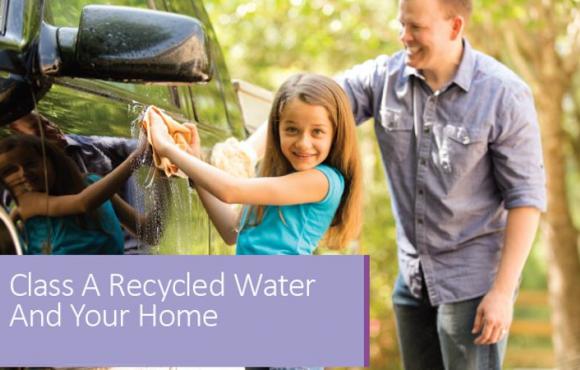 Class A Recycled Water at Manor

We received great news for all Manor Lakes residents today, City West Water have advised us that recycled water will be supplied to over 3,750 homes in Wyndham Vale and Manor Lakes from tomorrow, Wednesday 15th November. 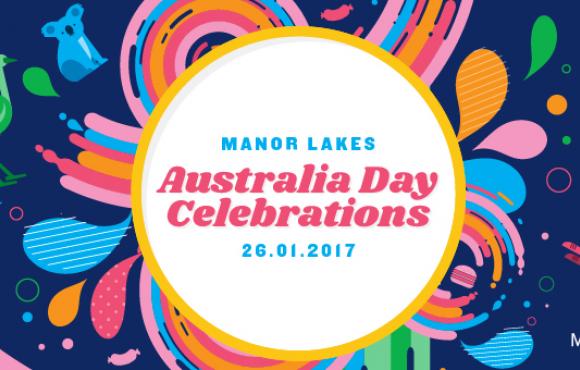 Australia Day by the Lake

Come along to a fabulous day of colour, fun and entertainment at Manor Lake’s Australia Day celebrations, Thursday 26th January at Manor Lake. There’ll be dancing, pony rides, an inflatable island and much more.  Come dressed in your own Australia Day cultural outfit for the chance to win great prizes. 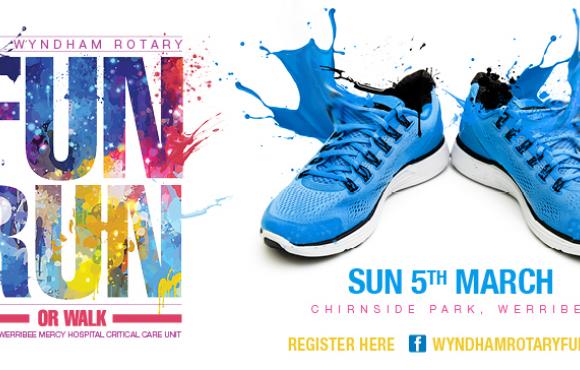 Have you registered for the Manor Lakes Wyndham Rotary Fun Run?  All proceeds are going to Mercy Hospital, critical care unit.

Register by February 19th to catch early bird pricing and have a chance to win one of the pairs of the Mizuno shoes still up for grabs. 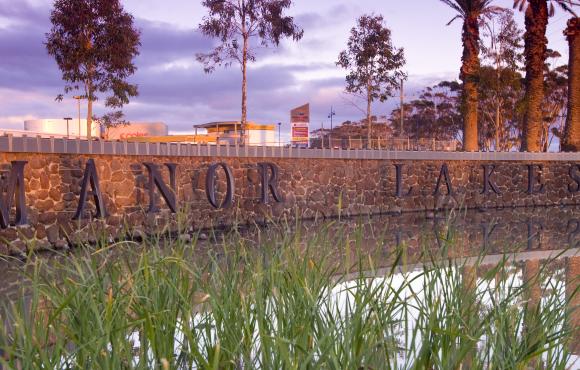 The Dennis Family Corporation has commenced a complete refurbishment of the Manor Lakes entrance fountains.

After more than a decade of operation, it has become necessary to carry out a complete overhaul of the local landmark, comprising full replacement of the electrical and plumbing systems. 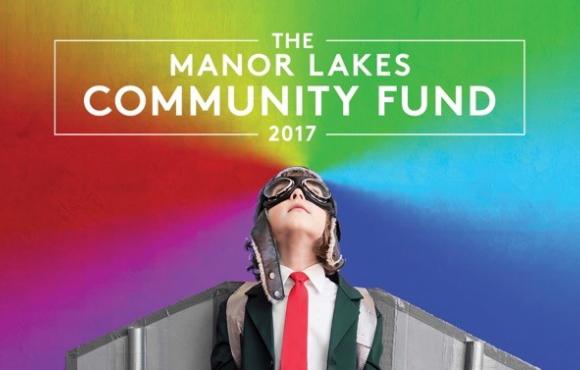 A total of 13 not-for-profit groups operating in the Wyndham area will share in $13,000 of financial grants through the 2017 Manor Lakes Community Fund.

The annual grants are distributed by Manor Lakes estate project manager the Dennis Family Corporation, with the recipients being determined by an independent judging panel. This year’s successful applicants will each receive a $1000 grant, to be awarded at a presentation function on 11th October. 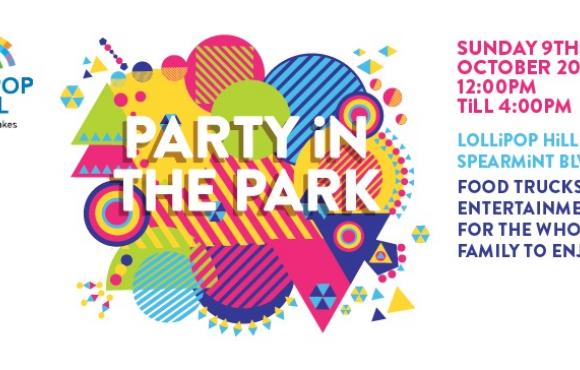 We're having a party in the park!  Come along and celebrate the opening of the new park at Lollipop Hill.  It'll be a fun filled day of entertainment with shows by Willy Wonka, Miss Sprinkles and more. 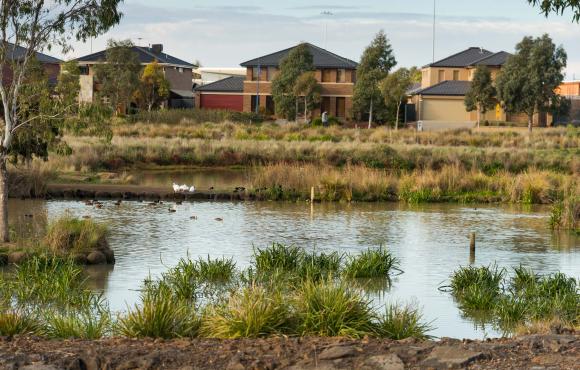 Another important step in the transitional process of Manor Lakes becoming a suburb in its own right has been reached. The Office of Geographic Names has advised that it wrote to Wyndham City Council on 15th April advising that the suburb name Manor Lakes has been finalised and is now shown on the Victorian State Government Department of Environment, Land, Water & Planning website within the Locality Names and Boundary Maps section as Version 5.6 for Wyndham. 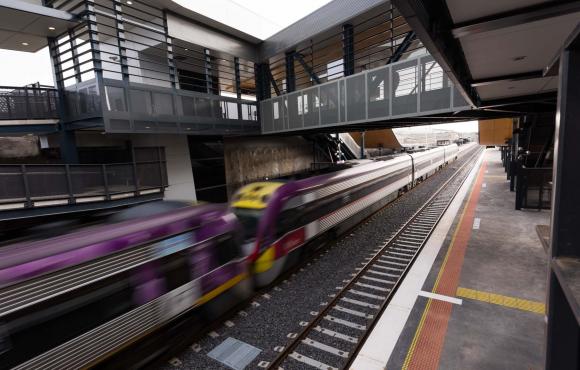 Living in Manor Lakes just gets better and better. We were delighted by the arrival of the new Wyndham Vale train station in June last year, which has resulted in easier commuting to and from Manor Lakes for our growing community. 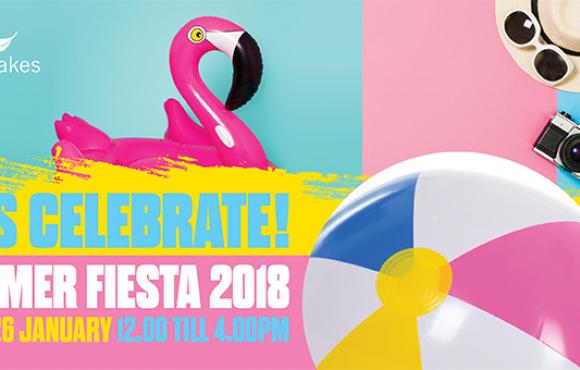 We're bringing the beach to Manor Lakes and you’re invited you to join us to celebrate all things summer on Australia Day, Friday 26 January.

Throughout this fun-filled day, you and your family can enjoy a variety of entertainment zones including a pop-up beach complete with sand and beach themed sports activists.

FIND LAND OR A NEW HOME