Your guide to solar power in the home 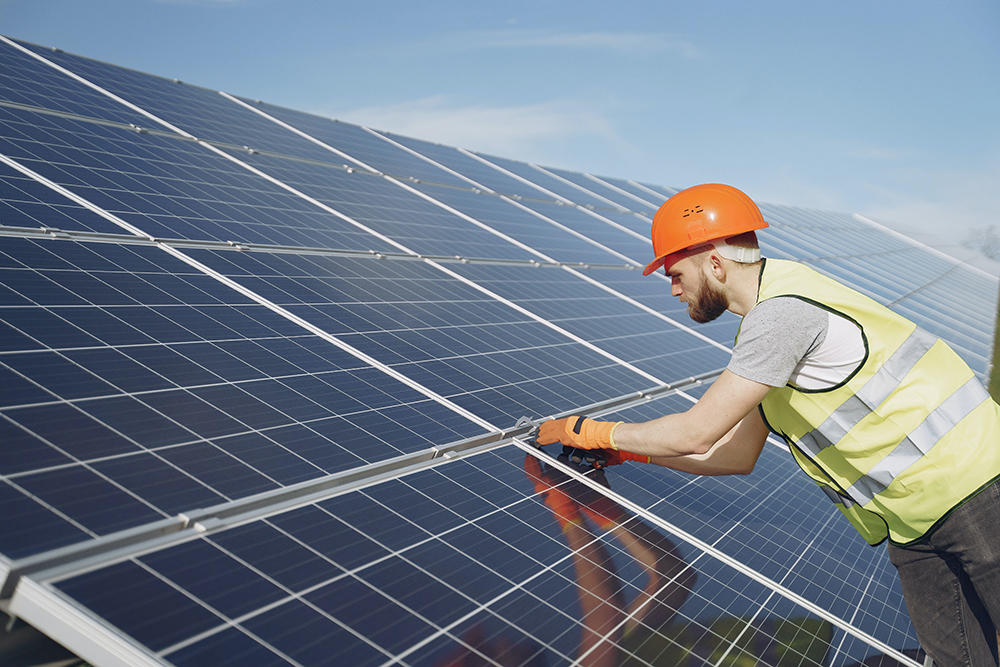 More Australians are embracing the benefits of solar energy and battery storage than ever before. With solar panel prices still coming down and a host of government solar and battery rebates to help get you started, it’s worth considering if now’s the right time to buy or upgrade. But with such a large range of products, installers and retailers out there, being an informed consumer has never been more important. Here’s our 101 guide to installing solar and battery storage for your home.

What is solar energy?

In Australia solar energy is generally captured via two main sources. Solar Photovoltaic Energy (also known as Solar PV) converts sunlight directly into electricity using a technology known as a semiconductor cell or solar PV cell. The most common form of solar PV cell is typically encased in glass and an aluminium frame to form a solar panel. One or more panels can be installed to power a single light, cover the roof of a house for residential use, or be assembled into a large-scale solar farm generating hundreds of megawatts of electricity.

Alternatively, solar power can be harnessed via a process known as Solar Thermal which converts sunlight into heat (also known as thermal energy), which can then be used for a variety of purposes including creating steam to drive an electricity generator or refrigeration cycle, for example, to provide solar-based cooling. Small scale thermal technology is good for heating space or water, while solar farms harvest the sun’s heat to produce large-scale power generation, using a field of mirrors to reflect sunlight onto a device called a receiver, which transfers the heat to a thermal energy storage system. Energy can then be released from storage as required.

So what are your options if you want to go solar in your home?

Solar PV is the most common source of solar power in residential homes. Solar panels generally sit on a house or shed roof facing north so that they get good access to the sun, though sometimes panels are installed to face in other directions, if there’s limited roof-space facing north or limited northerly solar access. Some west-facing PV panels can also be useful, as they generate more electricity on a summer afternoon, when you might be using an air conditioner.

Off-grid systems are standalone power sources which can include solar and batteries to provide a 24-hour power solution and don't require any grid connection. These are generally more common in new construction projects in rural parts of Australia where the costs of connecting to the grid are high, and solar and battery standalone power systems represent a better solution both economically and environmentally. There’s normally a large upfront cost (typically in excess of $25,000) but power will be free from there-on in throughout the lifetime of the system.

It's also possible to install solar PV systems with battery systems. Hybrid solar systems, as the name implies, are grid-connected systems that include a solar battery to store solar energy which can be re-used at times when there’s no solar power (i.e. night-time). Solar batteries provide an excellent back-up power source and allow you to make better use of your solar power. However, they’re also quite costly to install, with not much return on investment until at least 8 – 10 years. And given a typical lifetime of a modern battery is around 10 years, only about than 1 in 10 households are currently installing batteries with solar.

What are the benefits of Solar Power for the Home?

The benefits of installing a Solar PV system in your home are myriad.

Better for the environment

For a start, solar power is better for the environment. There are no direct greenhouse gas emissions because the electricity is made from sunlight rather than burning fossil fuels, and sunlight is a renewable energy source, meaning we’ll never run out of it, unlike coal and gas.

In Victoria a typical house consumes an average of around 12 kilowatt hours of electricity per day. Over one year, a 1.5 to 3 kW solar PV system can generate around 45% – 90% of this, though the amount generated by the system varies throughout the year as the amount of daily sunshine changes.

This reduces your annual electricity bill:

If you do decide to install a battery with your solar PV system, you can also store your solar power not used during the day yourself to use later. This should cut your electricity bill even further.

Adding Value to your home

The demand for solar powered homes continues to grow. In fact, an estimated 510,000 Victorian households are now powered by solar, generating almost a third of the state’s total electricity demand, according to the Solar Victoria. So, if you decide to sell or rent out your home or business premises, a solar PV system is a popular feature and can likely add market value.

Grid-connected solar PV systems are generally very low maintenance. With occasional cleaning and a regular health-check by a licensed electrical contractor, solar panels should last around 25 years., although typically your inverter will need to be replaced at least once in that time.

The Australian Government offers a range of financial incentives through the Small-scale Renewable Energy Scheme, where you are issued with tradable certificates for eligible solar PV systems.

Additionally, Victorians currently benefit from some of Australia’s most generous solar incentive schemes. This includes the Solar Homes Program which allows eligible households to receive a rebate of up to $1,400 off the cost of a solar PV system, plus the option of a 4-year interest free loan to pay for installation. Eligible households with solar battery systems may be able to claim a battery rebate up to a maximum of $3,500, while households that install a solar hot water system may be eligible for a rebate of up to $1,000.

To be eligible, households must have a total annual income under $180,000, and be the owner-occupier of the property installing solar. The home must be valued at under $3 million, and the property must not already have a solar system installed, meaning the rebate won’t apply if you’re just looking to upgrade an existing system. To determine if you’re eligible, visit www.solar.vic.gov.au.

How much will I actually save on my electricity bill?

This will be driven by several things. First, the annual output of your solar PV system will depend on a range of factors including its size (or rated output in kWs), orientation, and your location – there’s more sunshine in northern Victoria for example, so the annual output of a PV system there will be larger.

Secondly, how much you can potentially save on your energy bill will also depend on the extent to which you can reduce your energy consumption and offset the amount of electricity you’re buying (self-consumed energy) by selling electricity back to the grid. As there are different rates for buying and selling energy in different markets, understanding how much solar energy you will be self-consuming is important in estimating your savings.

To further improve your return on investment you can also consider applying a timer on common household appliances like your electric hot water system, washing machine, dishwasher, swimming pool pump or underfloor heating system, for example. You can buy programable wall-socket timers from a hardware store for under $50 or an electrician can install one for you.

How much does home solar cost?

The price of solar depends on where you live, what type of system and products you select and which solar company you sign up with. According to comparison site, CANSTAR Blue, Victorians can expect to pay between $3,800 and $8,300 for a standard solar system, depending on the size of the system. A small system (2kW and under) should usually cost no more than $3,000, while systems that are 10kW or larger can cost in excess of $9,000.

Is it worth getting solar in Victoria?

While solar is undoubtedly expensive, the savings on your electricity bill can often cover the cost of the system after several years. The current rebates and incentives – particularly the Victorian Solar Homes Program – have also helped to make solar a lot more affordable. If your household doesn't receive a lot of sunlight throughout the year and/or you’re already receiving a reasonable deal on your electricity, it may not be for you. But, as prices for solar panels and batteries continue to fall, solar may still be a wise investment down the road.