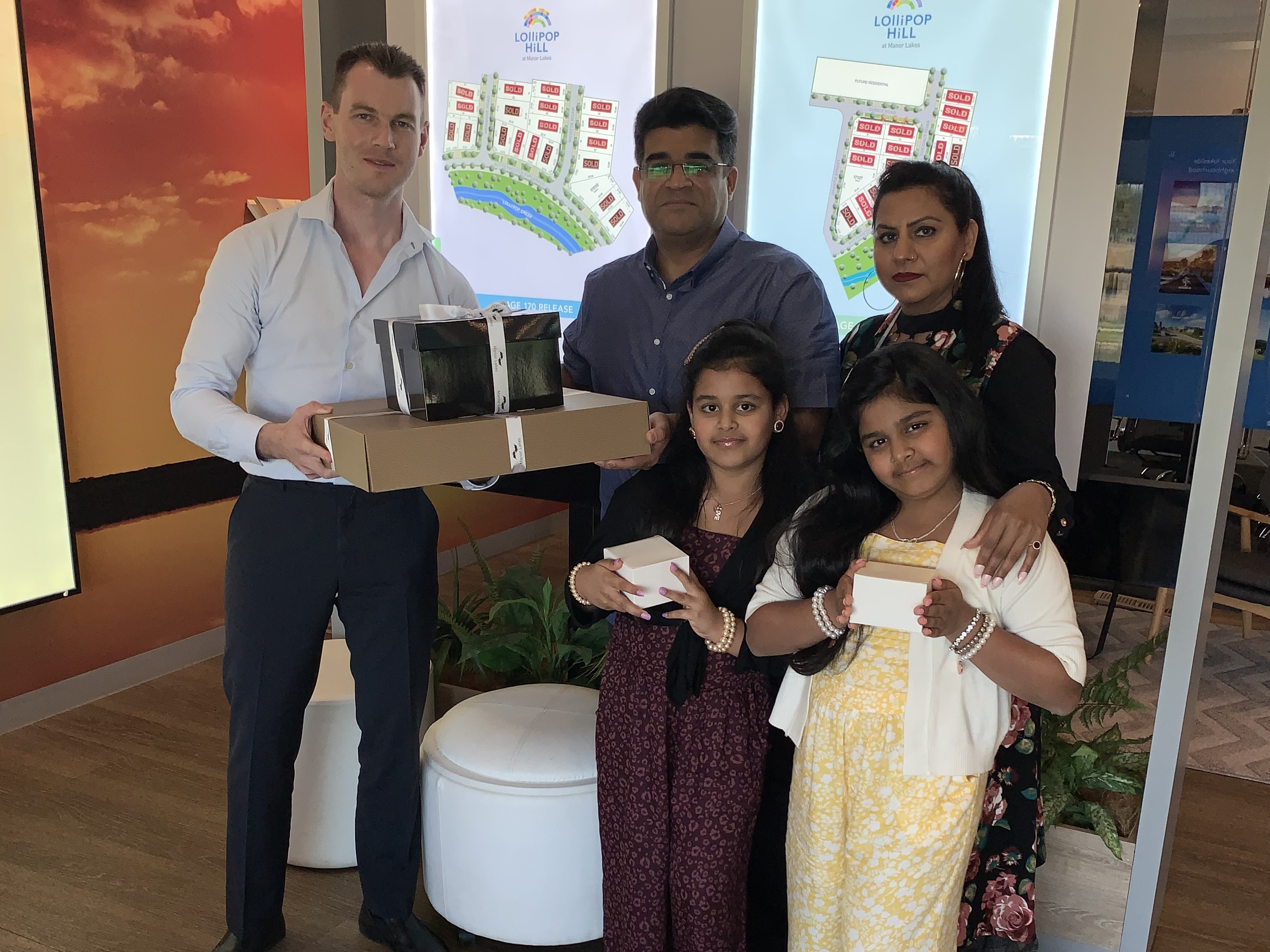 Trusting his instincts pays off for Shahid

A pandemic was not going to get in the way of Shahid Akram and his wife, Sadia, purchasing their first home. Neither was being unable to view the land they planned to purchase due to travel restrictions.

“I had already signed my contract by the time I first visited the western suburbs and set foot in Manor Lakes!” laughs Shahid, who purchased land in Manor Lakes to build his first home during Melbourne’s 2020 coronavirus lockdown.

Shahid, who currently lives in Endeavour Hills in Melbourne’s southeast, had been trying to decide where to buy and whether they should buy an existing home or to build their own home for several months when a friend suggested they look at Manor Lakes.

“This was during lockdown and we couldn‘t leave home to look at the area,” he recalls. “I did my research online and asked my friend to film a video of the area – he had just built in Manor Lakes. I wanted to see the stages that were already developed and the areas of titled land that were ready to develop.”

“Once I saw the video, I decided straight away that it would be perfect!”

“David was very helpful and professional and helped me all the way. We discussed what land was available and he always followed up and was there any time I had any questions,” Shahid remembers.

“Housing market prices were down and commentators were advising that prices would go up after lockdown. I wanted to get a good deal so I just decided to go for it. I hadn’t set foot in Manor Lakes when I paid the deposit!”

Shahid, Sadia and their two daughters, aged eight and ten, emigrated from Dubai to live in Australia in 2018, seeking a change in lifestyle and a cooler climate.

“With greater Melbourne in lockdown for much of 2020, we hadn’t had much time to travel in Victoria. We didn’t know what the west side even looked like!

When they finally drove through Manor Lakes’ front entrance, Shahid and his family were thrilled.

“After I got my home loan approval and restrictions had lifted, I took my family to have a look. When we entered Manor Lakes it all felt worthwhile. We looked at the schools and the shopping areas and the kids and the wife were all happy! I was very relieved that the decision was worthwhile.”

Construction has now commenced on their home, which is being built by First Place Homes (another of David’s recommendations).

“They were able to provide a contract for me within two days and they are already building quite a lot of houses in Manor Lakes,” Shahid shares.

While they are hoping the house will be completed in around 6 months, the family will wait until the end of the year to move in, ready for the 2022 school year. In the meantime, they are looking forward to buying new furniture for the house in preparation.

“We didn’t bring any furniture with us when we moved to Australia!”

Shahid is also sharing the benefits of buying Manor Lakes with his friends and colleagues.

“In my opinion this is one of the areas they should be thinking about if they are looking to buy a house. The environments and infrastructure are terrific, it’s peaceful and it’s a very multicultural community. And I love the lake. Manor Lakes has everything you need within your budget.”

Sometimes you don’t need to see something to know it’s right… you just know.