Key tenants in the new development include Kmart and Best & Less, a major fruit and vegetable outlet, Anytime Fitness and a further 23 specialty retailers.

“The walls are up, structural steel in position and the roof finalised on the Anytime Fitness gym. Kmart now has its precast panels completed and in place,” reports Ranfurlie Asset Management CEO, Mark Wilson.

“Being able to see the expanded centre coming to life really builds a sense of excitement amongst the local residents at Manor Lakes. Everyone is looking forward to the opening of the new facilities which we still anticipate being around April next year,” he adds. 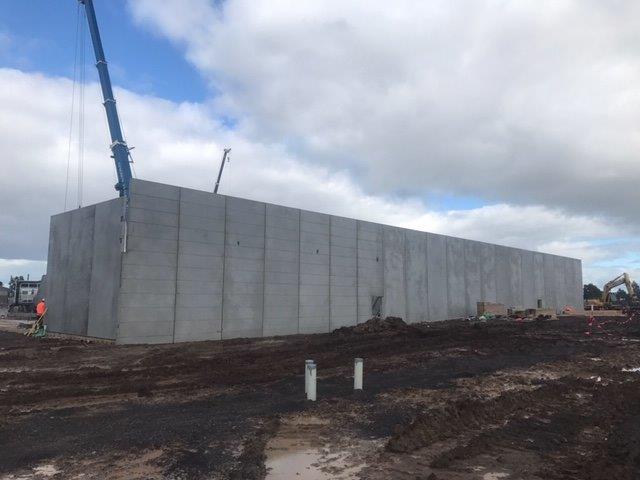 With construction of the external facilities advancing well, work on the main hub of the expanded centre will become a focus in the coming weeks.

“We expect the whole internal slab base will be completed by the end of September,” Mark advises.

While the ongoing construction process continues, the team at Ranfurlie Asset Management is also working hard behind the scenes on other important aspects of the project.

“Between now and October our leasing process will be in full swing as we look to secure the usages that we have targeted for the centre,” Mark says.

In the coming months the team will also work closely with Manor Lakes College across both their Junior and Senior schools on various projects in the centre, including student involvement in the design of murals for the centre and the climbing wall in the playground.